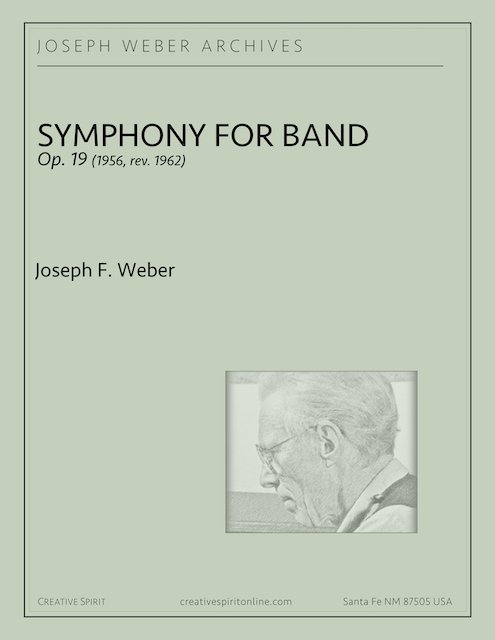 Joseph Weber composed his Symphony for Band (also titled Symphony #1 for Band) in 1956 for Edwin C. Kruth and the San Francisco State College Symphonic Band, and revising it in 1962. It is rhythmic and colorful, with hints of Bernard Herrmann film scores, but also foreshadows the patternistic, minimalist works of Terry Riley, La Monte Young, and other San Francisco composers with whom Weber was associated throughout the 1960’s. This performance edition was created by Steven Paxton for  Creative Spirit’s JOSEPH WEBER ARCHIVES series.